Designer Holger Strøm started taking an interest in the rhombic polyhedrons in the early 1970s while he was employed by the Kilkenny Design Workshops, Ireland.

As a packaging designer he used cardboard and paper for his experiments in search of the polygon best suited as an element for building lampshades.

The rhombus was chosen as the basic element, and the rhombic triacontahedron as the geometric model for the construction. Assembly needed to be as simple as possible, and after several experiments a hook was placed in each corner of the rhombus, the hooks being connected in pairs by a soft curve. Regardless of whether three, four, or five elements meet, the corners form decorative circles.

It was also desirable that the same element could cope with different degrees of contortion depending on the size and shape of the lamp. The material needed to be more pliable than cardboard and stronger than paper. The material was also required to admit most possible light while avoiding glare from the bulb.

Experiments with pliable sheet plastic allowed a new possibility: tension within the element. When a plane is curved in one direction, it becomes more rigid in the other direction. The tension was created by lengthening two opposing sides, so they would curve out when hooked together and thereby give the two other sides the rigidity necessary for a 3-dimensional construction.

Because of the flexible elements, both flat and sharply curved surfaces can be formed. The openings ventilate the bulb and help diffuse the light without showing the bulb. The tension in the material allows the elements to grasp the flex so tightly that no other means of mounting is required.

The shape of the element gave an incredible degree of variation in form and size.

The trade name IQlight® refers to the geometry: Interlocking Quadrilaterals, and not as you might think: Intelligence Quotient. Have fun! 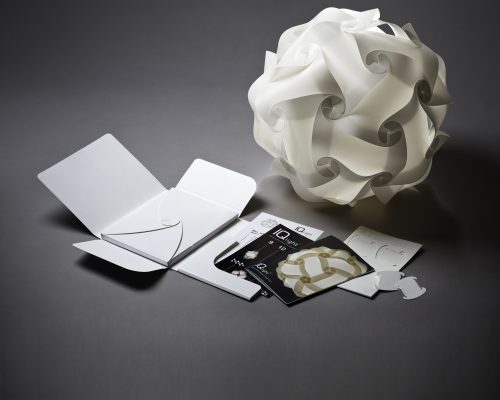 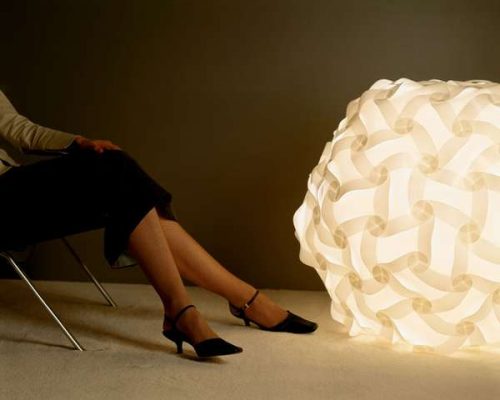 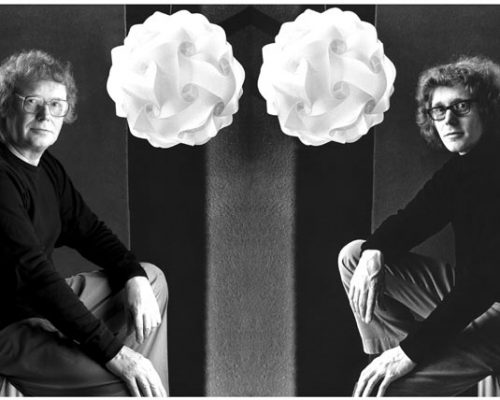 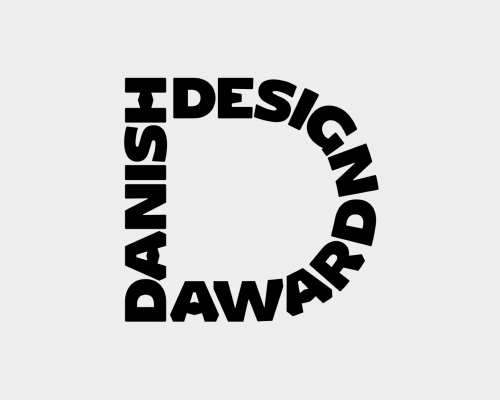